Dyspapsia of the hip in Babies

Home/Blog/Dyspapsia of the hip in Babies
Previous Next

Dyspapsia of the hip in Babies 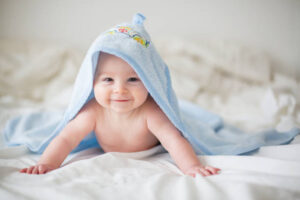 I brought my son for his routine 12month checkup, prior appointments were delayed because of covid, only to find he had restricted movement in his left hip. The doctor ordered an x-ray on both of his hips. I was made aware my son would need a 6-month hip brace to correct the problem – not so easy on a now busy 13 months old.
I brought him to Alice to get treatment on both hips before the x-ray. Fast forward a couple of weeks, he had his x-ray and results shortly after. The Doctor called to say she could not understand how the results were normal especially with the extent of the restriction on his left hip.
The only thing I did was bring him to Alice. I cannot recommend Alice and her treatments more as it saved him for being in a brace and pain free. He is now flying it with the walking and I can only say a massive thank you to Alice and fantastic work as always.

About the Author: Alice

Page load link
We use cookies on our website to give you the most relevant experience by remembering your preferences and repeat visits. By clicking “Accept”, you consent to the use of ALL the cookies.
Cookie settingsACCEPT
Manage consent

This website uses cookies to improve your experience while you navigate through the website. Out of these, the cookies that are categorized as necessary are stored on your browser as they are essential for the working of basic functionalities of the website. We also use third-party cookies that help us analyze and understand how you use this website. These cookies will be stored in your browser only with your consent. You also have the option to opt-out of these cookies. But opting out of some of these cookies may affect your browsing experience.
Necessary Always Enabled
Necessary cookies are absolutely essential for the website to function properly. This category only includes cookies that ensures basic functionalities and security features of the website. These cookies do not store any personal information.
Non-necessary
Any cookies that may not be particularly necessary for the website to function and is used specifically to collect user personal data via analytics, ads, other embedded contents are termed as non-necessary cookies. It is mandatory to procure user consent prior to running these cookies on your website.
SAVE & ACCEPT
Go to Top